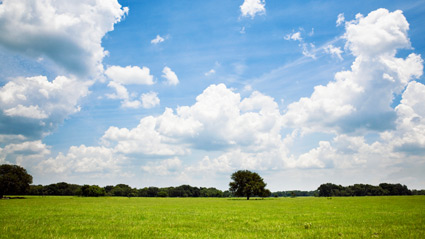 FEEL FREE, ALIVE, AND REAL! – Dr. Brian Allison is a therapeutic counsellor and spiritual director. He specializes in marriage counselling, couples and relationship counselling, family counselling, individual counselling, bereavement counselling, and life coaching. He is also the creator of the motivational modality called Hypnenergy (see video–>Hypnenergy), a revolutionary new technology of personal transformation that results in significant improvement in the overall health of one’s spirit, mind, and body. This new energy science is much more effective than tradition psychotherapy.

The Death of a Parent May Be Hard

With the death of a parent (and really, of any close family member), a strange “silence”, or “heavy fog”, may irresistibly descend upon, and eerily engulf, one’s thinking and perception. Life is no longer viewed nor experienced in quite the same way—when the dust eventually settles, a “town” may take on a different hue. It can’t be the same—a major life reference point, and grounding, has irretrievably vanished. With the crashing reality of the demise of one’s parent—the person who was organically responsible for one’s own existence (forging fixed blood-ties)—the surviving member(s) may feel a disturbing sense of abandonment and disorientation; as well as feel emotionally “unrooted” and disconnected; with perhaps, a vague sense of mild meaninglessness assaulting the mind. As Thomas Mann astutely observes, “A man’s dying is more the survivor’s affair than his own.” The person’s “first acquaintance” with life, his parents—the ones responsible for imparting that initial sense of “belongingness” and feeling of security—are now gone, never to be seen or heard again (the foundations have not only been rudely shaken, but irredeemably disrooted). That may leave a gnawing feeling of angst and vacuum—a startling sense of stark aloneness and emptiness; perhaps mixed with a chilling ‘separation anxiety’. Not unlike the feelings the early disciples must have had at the unexpected announcement of Jesus’ departure; and Jesus comforted them. We read, “Jesus knew that they wished to question Him, and He said to them, ‘Are you deliberating together about this, that I said, “A little while, and you will not see Me, and again a little while, and you will see Me”? ‘Truly, truly, I say to you, that you will weep and lament, but the world will rejoice; you will grieve, but your grief will be turned into joy’” (Joh 16:19,20).

One’s mind slams into the relentless existential wall that life has irrevocably changed, old patterns and routines never to be repeated nor revisited, lost in the yesterdays; accessed now only through partial and misty memories. Because relationships comprise the very essence of what it is to be human, the loss of a significant one leaves one painfully torn and a little shrunken, and perhaps in a sore and surreal suspension. One (if he or she is to emotionally survive) is thus forced to make mental and perceptual adjustment in order to conform and relate to the new irreversible reality which must now persist and inform his or her future engagement with the world and life—a “final chapter” demands the commencement of a new book. A redefining of some of life’s former patterns and habits demands unavoidable attention. The centre beam of the cabin has been pulled down, and now a new one must be raised up. The old familiar (perceptual-emotional) paths have been sodded over; and new ones must now be trod, which initially may feel a little foreign, strange, restrictive, and uncomfortable. Such is the calling, and appointment, of being human and of being mortal.

This mental adjustment, if it is to be a healthy one, involves a full conscious acceptance of the present reality—void of regret, guilt, and the remorse of “missed moments”. One must humbly surrender to life’s heartaches—without reaction or resistance—and bravely embrace the pressing ‘Now’; being thankful for past opportunities, and consciously cherishing the past good and pleasant times. Further, this adjustment, to be healthy, demands a determination to be consciously engaged and intentionally open to the future, not getting lassoed by an illusive past, morbidly dwelling on, and thus getting “stuck” in, the labyrinths of former days. One must really awaken to ‘a new day’—though continuing to hold yester-moments and yester-years as sacred and dear. One must now choose to forge ahead into an anticipated bright and prospective future, while maintaining respect for the precious past. Moreover, this internal adjustment requires a fresh kindling of hope and expectation—and for the Christian, specifically speaking, there is the hope of blessed reunion and future fellowship. To be sure, not moving “the ancient boundary” (Prov 23:10), one must still be prepared and determined to cultivate a new emerging plot. We must continue to carry and pass on the spirit and wisdom of our forebears; but we do so with renewed vision and involvement, putting “new wine…into fresh wineskins” (Luk 5:38); and with a view that one day, we too will become bona fide participants and members in that “so great a cloud of witnesses surrounding us” (Heb. 12:1a); which now serves to continually inspire and encourage us to press on triumphantly in life.